No Funny Stuff by Lavie Tidhar 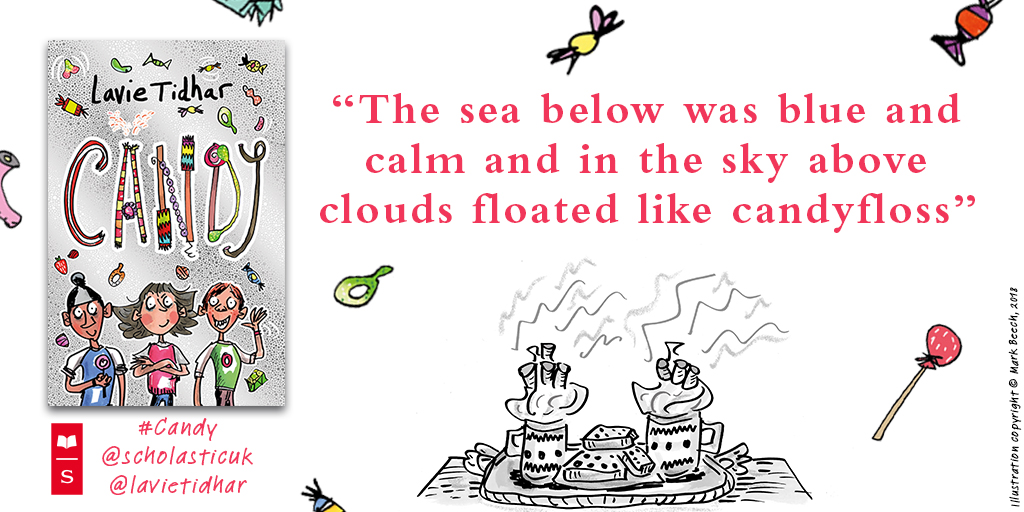 “Everybody loves a clown, kid. Because he can make them cry,” Bert Lahr tells Milton Berle in 1949’s Always Leave Them Laughing.

Comedy is hard. A joke, it seems to me, is a ray of light in a dark world. It illuminates that which is hidden. Telling jokes has always been a risky proposition. I think it was Lord Byron who offered the observation that the difference between a tragedy and a comedy is that one ends with a funeral and the other with a wedding. Although a comedy might also have more pie throwing.

Something being funny makes the not-funny parts easier to bear. I have friends who write unremittingly grim books. But a funny thing happens when you read something that is nothing but bleak. You stop caring, in a way. You can’t find your way in the dark.

In contrast, I’m a big subscriber to what I call the Enid Blyton-Ginger-Beer-And-Biscuits-Principle Of Writing.

Here’s the thing. In The Famous Five, or the Adventure series or what have you, our intrepid heroes inevitably find themselves in all kinds of perilous situations. Their world is full of danger! Of pirates, mad scientists, kidnappers, usurpers to the throne, you name it! The world is, as they know it, as we know it, as every reader knows it, big and dangerous and confusing and, well, a little scary, really.

But – but! – at some point in the adventure, the gang somehow still manage to take a break. To settle down to a picnic, to fresh biscuits from the village bakery and lashings and, well, lashings of ginger beer.

This is what I think a lot of humour does in books. Children’s books tackle the world, and the world is scary. I’m certifiably a grown-up and I’m terrified by it. Someone slips on a banana skin and hurts themselves and it’s a tragedy. Someone slips on a banana skin and gets up and it’s hilarious. Being funny matters. It’s the break for ginger beer before the scary part of the adventure. It makes the world bearable – no. It makes the world a better place.

Maybe no one understood that better than the great Dr Seuss. “Oh, the places you’ll go!” he writes in his titular late masterpiece. “There is fun to be done! There are points to be scored. There are games to be won!”

Except, of course… “When they don’t. Because sometimes they won’t.”

Can there be a more devastating realisation than that? Seuss, like the crime writer Raymond Chandler writing about his great detective, Philip Marlowe (the inspiration for my own Nelle Faulkner in Candy), knows how the game is played. “Down these mean streets a man must go,” wrote Chandler. And Seuss echoes him, writing, “On you will go though the weather be foul. On you will go though your enemies prowl!”

Chandler knew that funny matters. That there’s a thin line between tragedy and comedy, but that a hero is a hero for knowing this and still carrying on, into fun and adventure, just as a reader is a hero for coming along for the ride.

And then, as the song says, you get a great big custard pie in the face.