Welcome back to our author Q&As! Today we’re welcoming Patrice Lawrence, the multi award-winning author of Orangeboy and Voices: Diver’s Daughter – A Tudor Story, the second in a thrilling new series to reflect the authentic, unsung stories of our past. 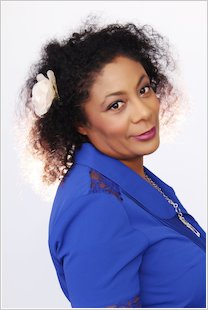 Why did you decide to get involved in the Voices series? 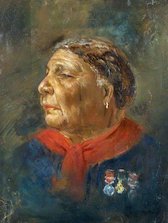 I was born in the UK and studied UK history assiduously to GCSE level. (Got an A and all!) I knew that my parents’ home countries were British colonies. I knew that people from Africa were enslaved by European countries but there my knowledge of black people’s history in the UK ended. I was in my 30s before I discovered Mary Seacole or that soldiers came from the Caribbean in World War 1 and are buried not far from my home town of Brighton. If we are all to have a sense of belonging, we need to understand our entwined histories, the good and the bad. This was an opportunity to share some of that forgotten history.

How did you research the real life events and people mentioned in your book?
My starting point was the story of Jacques Francis, the African diver and first man of African heritage recorded as giving evidence in an English court. I found the story in Miranda Kaufmann’s fantastic book, Black Tudors, that I had bought a couple of weeks before being approached to write the Voices story. Miranda’s research is detailed and carefully referenced, so I used that as source material about Jacques Francis.

I wanted tell a story from a young person’s point of view, so Eve and Joan are fictional. However, I also wanted to reinforce the point that there were people of African heritage in London in the 16th century. 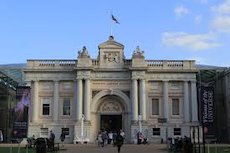 I needed to do far more research to visualise 16th century London and Southampton. The 16th century street map of London by the surveyor, Ralph Agas, is a gift to anyone writing about that period. I also visited the Museum of London to help me think about the domestic details of Eve and Joan’s lives in Southwark. I walked along the Limehouse side of the Thames then through the tunnel to Greenwich to have a sense of the width and movement of the river at a wide point, while trying to imagine 16th century docks and shipyards. A fantastic volunteer pointed me to Tudor artefacts in remains of the Palace of Placentia in Greenwich then on to the Maritime Museum to research Tudor vessels.

Next stop, Southampton. The librarians in the reference section of the Civic Centre library were incredibly helpful. Tudor Southampton: Rioters, Revellers & Reformers by Dr Cheryl Butler was an essential read. I also found a passing reference to Jacques Francis in a mid-20th century book as ‘a slave who gave evidence’ and realised he was known about but not cared about. It made me more determined to tell his story. I stayed in a hotel there that had been a coaching inn in the 16th century, walked around Southampton’s medieval walls and stared at the Tudor buildings trying to imagine the landscape when Eve was there. The Tudor Revels website was an essential resource, along with The Time Traveller’s Guide to Elizabethan England by Ian Mortimer.

And, a final shout out to the internet. Pinterest – Converted Tudor barns, Tudor kitchens, wherry boats, carracks, Tudor clothes and shoes, London water steps, horse and carts – you didn’t let me down! Then blogs about Elizabethan food, free-diving and the tide patterns around Southampton Water. Plus a special mention to medievalandtudorships.org/database to help me think about why people would come to Southampton and what they would buy there.

Henry the VIII’s famous flagship the Mary Rose is mentioned throughout your book. Have you visited the wreck of the Mary Rose in Portsmouth and if so how did it feel seeing it in person? 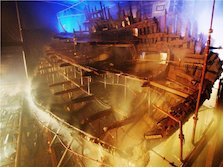 I’m old enough to remember the big buzz about it being recovered from the harbour in 1982. I visited the wreck as part of my research – the display is evocative and very clever. The items recovered from the wreck were especially fascinating as they helped me to imagine George Symon’s life. I was pleased to see that Jacques Francis is now mentioned on the Museum website – he wasn’t when I first started the research. I think it’s essential that museums recognise the lengthy history of multicultural Britain and reflect it in their displays so from an early age all children feel a sense of belonging.

What was the most interesting think you learned during your research?
The most dispiriting thing was the extent of Portuguese colonisation and slave trading. It served as a blueprint for other European nations to devastate South American and African countries. The most reflective moment was seeing the new displays in the Maritime Museum in Greenwich. I visited as part of a school trip as a child and I think there was still a ‘Britannia rules the waves’ feel. The current displays ask more ethical questions about icons such as Captain Cook and Francis Drake that challenges their heroic status. They both did deeply unpleasant things. I’m glad the museum is prompting those discussions.

If you could meet one person from history whom would it be and why? 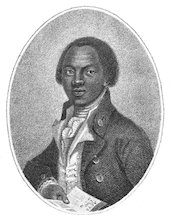 Olaudah Equiano, an enslaved African man who survived and campaigned while continuing to suffer personal tragedy. I would like to let him know that he and his work is still remembered and admired.

What was the hardest part about writing Eve’s story?
Creating an authentic Tudor world. I had to research everything, from the stalls and entertainment at St Bartholomew Fair to the etymology of words such as ‘picnic’ and ‘lullaby’.

What are your top tips for aspiring authors?
Try writing different genres – it doesn’t matter if you don’t finish, just start. Just stay open-minded about the possibilities.

Have a writing buddy or writing group to encourage you and bounce off new ideas.

Enter competitions. Even if you don’t win, you will have a piece of work that might inspire you on.

What is your favourite book
Sam Selvon’s Lonely Londoners about the Windrush Generation in London. Poignant, anger-inducing but also very, very funny. 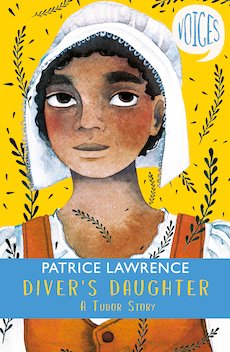