As good as gold: What are the advantages and disadvantages of golden time? 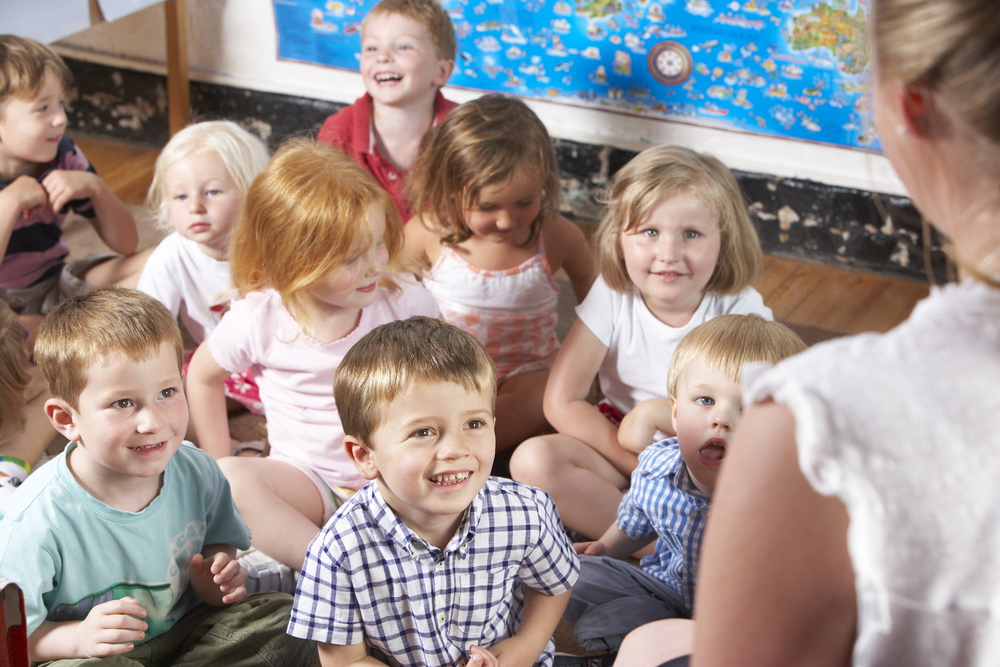 The idea of ‘golden time’ isn’t a new idea. It’s been around for years and many teachers swear by it. Then there are those that say it’s a waste of time. There are advantages and downsides, let’s take a look.

What is ‘Golden time’?

Golden time is a positive classroom management strategy used in many schools as a popular incentive, usually for good behaviour but is also given for effort, learning and academic achievement. It goes by other names too such as Rainbow time, Reward time, Dessert time, Responsibility Training or Preferred Activity Time (PAT).

Golden time is essentially a chunk of treat time where a period of the timetable is dedicated to rewarding children for being good, trying hard or succeeding.

This is frequently given on a Friday afternoon before home time although for younger children or for pupils in special schools, golden time might be given for a shorter period once a day. It’s something that children look forward to, work towards and aim for so they can do something of their choice or a ‘fun’ enrichment activity for up to an hour. These are things that they don’t do at other points in the week such as a personal project or playing computer games.

The underlying premise to golden time is that if children are as good as gold and give their teacher time to teach, then they get time to do something different.

Sometimes a teacher will give a choice from a menu of activities and other times children can decide for themselves what they do. Some teachers insist that golden time is linked to learning as it is a ‘gift’ with an educational purpose and so left completely open-ended.

The idea is that at the start of the week all children start with their full entitlement of e.g. 60 minutes golden time. Children “sign up” to golden time first thing on a Monday morning. This is their incentive to keep the Golden Rules.

If children follow the rules then they protect their time but if they don’t they can lose minutes of their allotted golden time. As a warning and reminder, the “language of choice” is used by a teacher, e.g. “which Golden Rule do you need to remember?”

Some teachers run golden time in reverse where everyone starts at zero and children have to earn their time but this can be very time consuming and difficult to track and manage.

When the rest of the class are enjoying their golden time then those who have less time continue to do their school work before they are allowed to join after paying their penalty time. Some teachers allow children to ‘earn’ back their time by doing something restorative that benefits the whole school such as litter picking.

Golden time was popularised in the 1980s by education consultant Jenny Mosley, to celebrate ‘those children who have followed the golden rules.’ She described following six values-based golden rules equating to key wanted and unwanted behaviours:

Living by these key values support children to make good choices which in turn supports effective learning behaviour. Schools may share similar rules or have their own but the idea is that those children who keep to the golden rules all week or all day, get to join in with golden time at the end of the week. Golden time isn’t intended to be just another playtime or an unstructured free for all but something special.

The benefits of golden time

Some teachers have habitualised golden time and use it effectively as an inclusive behaviour management strategy to improve the culture for learning in their classes. It requires little effort, little planning, there is no expense and when children follow class routines quickly and efficiently, golden time saves time that can be devoted to learning. It can improve teamwork, class spirit and make for positive experiences.

Those that give it a thumbs-up say that it helps children make choices and this supports their decision-making and grows their independence. There are clear consequences for not following the rules so when children are confronted with a situation that challenges them, they will learn to think twice and behave with more thought. It can also be used to develop certain behaviours with children.

When children are able to take a step back and consider their actions and say “If I do this, what happens next?” then this can contribute positively to their social and emotional intelligence. Golden time can have a positive impact on behaviour because children don’t want to lose it and miss out on something they enjoy doing. Working within a golden time framework gives children opportunities, self-awareness, self-confidence and develop positive relationships.

The curse of many teachers is persistent low-level disruption such as talking unnecessarily or chatting, calling out without permission, being slow to start work or follow instructions and showing a lack of respect for each other and staff.

These ‘low level’ behaviours can be stressful, hugely disruptive, waste a lot of time and ruin lessons because they slow the pace of learning down and so very little work gets done.

However, golden time can be used to squash these behaviours, help children to self-regulate and promote good-discipline by creating a calm, positive and purposeful atmosphere. Those that worry about giving up an hour a week to golden time could lose more than that just dealing with petty behaviours that never go away. It is focused, active, manageable, practical, working as a milestone not a millstone to help children develop respect, resilience and responsibility.

Supporters also say that golden time is a valuable time for extracurricular learning and for going off-piste, for doing something different and introducing new activities. It can in some cases give teachers a chance to breathe and catch-up on some admin while children are occupied doing something they enjoy.

Some argue that golden time is frivolous and self-indulgent because a packed curriculum makes it difficult to find the time to even entertain the idea. Every minute of the week needs to be learning time and golden time shouldn’t be a time for a teacher to catch-up on their marking.

There are those who take the view that ‘golden time’ is little more than bribery and ‘carrot dangling’ and for any sanctions or punishments to be effective then they should be either immediate or soon afterwards, e.g. break time or lunchtime.

Critics say that it turns behaviour into a bit of a game and children learn how to play the system which could lead to unintended shaming, labelling and excluding children. It is also seen as an unfair system because the children most likely to lose out on golden time are the children with SEN who struggle to focus and complete their work.

Behaviour expert Paul Dix offers this nugget when he says, “golden time isn’t golden if it results in the ‘non-golden’ children being labelled.”

Many teachers say that it’s time for golden time to be ditched because it operates more as a punishment system and makes out that only fun can be had at certain times. Some go as far to say that it is toxic as children can start to resent golden time if they aren’t able to participate in it. When this happens children might find it an attractive source of power to deliberately disrupt and single-handedly deny their peers golden time.

For younger learners, losing golden time on a Monday doesn’t mean anything by Friday because they probably won’t even remember what they did and being punished will confuse them. Golden time has also been criticised because it could discourage mistake-making and risk-taking in learning.

Some schools don’t have reward systems because children are just expected to behave and work. Their reward is their own success rather than having to please teachers to get handout treats. They question why we need to reward good behaviour with stickers, merits, points, prizes or treat time when we can just say ‘well done’ and use a liberal sprinkling of positive praise when appropriate.

Children need feedback and they need to know they are doing well, but golden time isn’t always necessary – the same outcome can be achieved using words alone.

Is golden time a thing of the past? There is never a one-size fits all approach but golden time can and does work. But then so does buddy reading, house points, ClassDojo and a pat on the back.

A lot will depend on how it is set up and how consistently it is used. It certainly makes a difference if the whole-school are singing from the same song sheet and golden time is part of the school’s behaviour policy. As behaviour guru Tom Bennet reminds us, getting behaviour right from the start is one of the most important things we can do and schools must constantly feedback to pupils about their behaviour.

When used well then it can sustain a cycle of positive behaviour and effective learning especially within a context of greater commitment to the inclusion of pupils who are not easy to motivate and engage.

Where golden time doesn’t work well, it is used inconsistently giving children an uneven experience between teachers across the school. Where it is used, some teachers might use it for behaviour, some might use it for classwork and some a mixture of the two. The implementation ground rules have to be communicated clearly so there are no grey areas or mixed messages being sent out to children.

Where teachers work as an integrated team with a shared understanding of the school’s approaches to positive behaviour then golden time can help motivate children to do well for themselves and others.

When teachers and pupils have a shared understanding of the school’s behaviour policy and the use of rewards and sanctions, things tend to work well. Golden time has its place and could work for you.

John Dabell is a writer and educator with over 20 years experience in the classroom, as an OfSTED inspector, project manager, writer and editor. He has written many educational books and children’s books.

Looking to make the most of golden time in your classroom? Browse our range of games and activities