Lightning Chase Me Home: a huge-hearted story of bravery and hope

A story of bravery and discovering exactly where, and who with, you belong, Lightning Chase Me Home is Amber Lee Dodd’s second book.
Amber teaches creative writing, has a blue belt in kickboxing and briefly lived in a Scottish castle. Her dream is to go on an adventure to the Arctic, or to ride across the Arabian Desert, like the lady adventurers in Lightning Chase Me Home. Find out more about these inspirational women below! 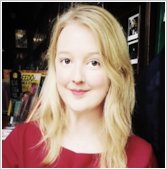 Amelia Earhart grew up a tomboy who loved to be outside climbing trees and riding her sled fast downhill.
She would grow up to become the first woman to fly solo across the Atlantic, a huge and dangerous undertaking. On 20th May 1932 she took off from Newfoundland and landed safely in Ireland nearly fifteen hours later. That same journey would take four-and-a-half-hours in a plane today.
Amelia was a passionate believer in equality and independence for woman and encouraged others to fulfil their dreams of becoming pilots and soaring into the sky.
In 1937, Amelia and her navigator Fred Nooman were on an epic around-the-world flight when their plane vanished over the Pacific Ocean. They were never found and their disappearance has become one of history’s greatest unsolved mysteries.

Lady Hester Stanhope disguised herself as a middle-aged man and travelled incognito across the Middle East.
She was born into the aristocracy and could easily have spent her life cosseted by comfort and luxury. Instead, she chased adventures – these were often fraught with danger, such as the time she survived a terrible storm at sea.
She had a particular interest in archaeological digs and unearthed some wonderful treasures. Lady Hester went where she wanted and did as she pleased. She was bold and fearless, always searching for new and exciting horizons.

Follow Amelia Hester McLeod in Lightning Chase Me Home as she makes a birthday wish to be reunited with her mother which stirs up a wild magic in the sea. She finds that she keeps disappearing, and then reappearing somewhere else on the Scottish island of Dark Muir. Can she find the courage to forge her own path, like the lady explorers she was named after? Packed full of adventure and heroics but also with warmth and heart, this is sure towarm your heart in these cold winter months. 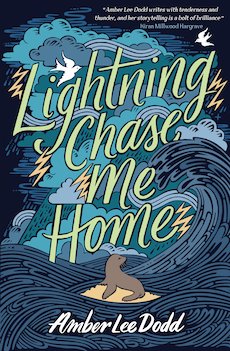