Welcome back to our popular series of author Q&As!

This month we’re welcoming Billy Merrell on to the blog. Billy Merrell was born in St. Louis, Missouri, and raised in Jacksonville, Florida. He is a writer of both poetry and prose, co-authoring the New York Times bestselling Spirit Animal series and appearing in several anthologies of poetry. His other works include Talking in the Dark, Vanilla, the Infinity Ring Secrets series, and The Full Spectrum, which was co-edited with David Levithan and recipient of the Lambda Literary Award. Merrell currently lives in Brooklyn, New York, with his husband, Nico Medina. 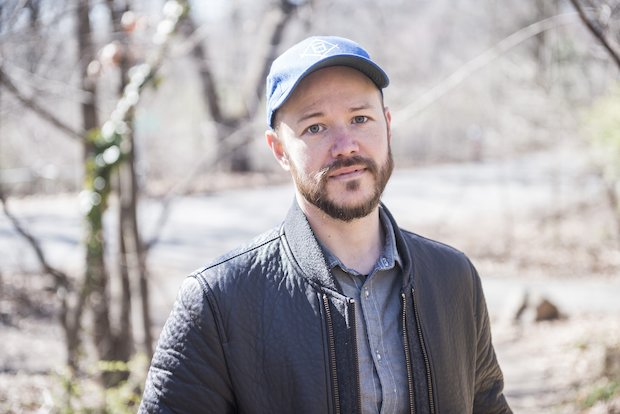 If you could have any super power, what would it be and why?
My first thought is the ability to fly, because that’s what I subconsciously chose to do when I find myself in a lucid dream. Rationally, though, I’d much prefer the ability to time travel. Not only because it would be fascinating in a tourist sense, but because it’s only in retrospect that I tend to recognize myself as powerful. If only I’d spoken up, if only I’d changed this or that person’s mind. If only I could say —or more importantly do— all the things I know deep down I’m capable of, maybe I might have more of an impact on the people around me.

What is the best piece of poetry you’ve ever read and why?
I don’t believe in “best” poetry, per se. But I read an outstanding poem out loud to a friend over the weekend, one that I have long loved. I find myself appreciating it more and more with every reading, which is a sign of its effectiveness, at least with me. The poem is “The Bear” by Galway Kinnell, an American poet and social activist who died a few years ago. It’s a medium-length poem, one that narrates the experience of a lone polar bear hunter. We aren’t told if it is an ancient or indigenous person, male or female (neither?). Nor are we offered any clue as to the world outside of their hunt. Instead, we follow the hunter’s strategy through to the end, first baiting the animal with a sharpened wolf rib, wrapped in blubber, and then following bear tracks for as long as it takes for the bear to keel over. The whole practice takes days, and the hunter starves along the way, which is all part of the plan, as if this isn’t their first hunt. Eventually they find the bear’s bloody droppings, which they devour (gross, I know), and finally find the freshly dear beast. Which they cut open and crawl inside. In a late, masterful turn, Kinnell offers us the hunter’s dream, in which they experience it all again through the bear’s eyes. Then, in the closing line of the poem, it turns once more, comparing the blood on which he lived to poetry itself. I love the poem for its ability to transport me to another time, another way of life that makes me appreciate my own more. I love it for its concise, plain-spoken delivery, full of specifics. I love how it grosses me out, reminding me how relatively delicate I am, but also how grateful and tuned into nature the hunter is, honouring the bear’s perspective. The end—a bit much for some readers—is my favourite part. Instead of simply ending, that final turn toward an ars poetica leaves me alone to relive the entire poem again through that one metaphor, much in the same way the hunter relives the hunt in their dream.

Tell us a secret about yourself?
I pretend not to be ticklish, even though I am. I find that suffering through someone’s initial attempt at tickling to way easier than suffering through a lifetime of them trying to tickle me. (Please don’t tell.)

Which book changed your life and why?
I often cite Firebird, a coming-of-age memoir by the poet Mark Doty as the first time I saw a queer character in literature that felt like me, the lasting meaning of which can’t be overstated. Claudia Rankine’s gripping book-length prose poem Citizen: An American Lyric forever changed the way I think about race and privilege in my country. It was for me a gift of perspective, and one that I very much believe I’ll become more and more grateful for as time goes on. My favourite book for teens is David Levithan’s Every Day, which investigates gender and notions of self brilliantly. If I wasn’t already very close with David, I think that book would have made me a lifelong fan.

What are your top tips for aspiring authors?
There is no correct way to write. It’s all in the doing. As an ever-aspiring writer myself, I’m always reminding myself of that fact. Write more, think less. That’s my motto! There’s opportunity for revision later. Right now should be about the pouring out of the self in whatever way feels the most necessary and true. And in whatever form it takes. It is not a writer’s job to know what makes their individual voice resonate. Only to make it resonate from within. Thinking of that work as primary is sometimes the difference between me writing or not, between me having a swirl of notions in my head or words actually on the page. 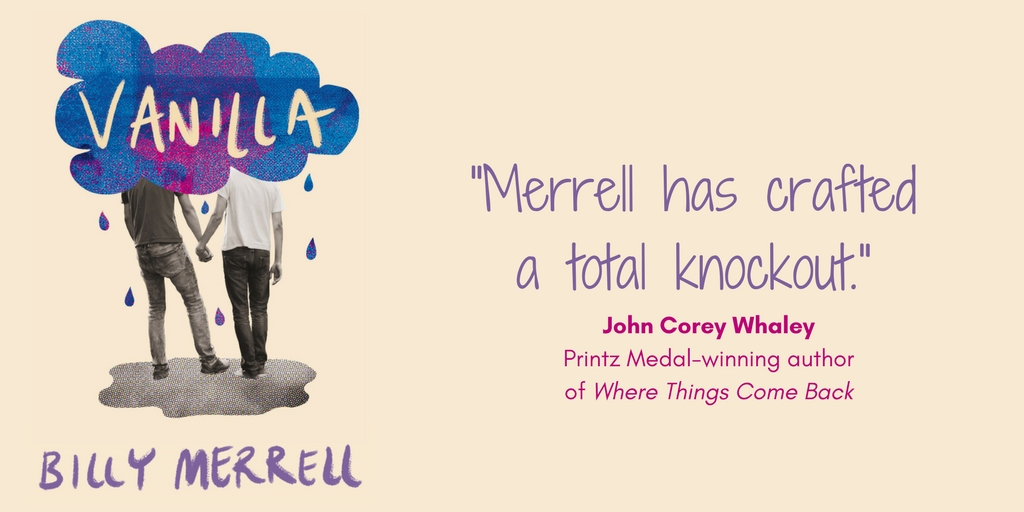 What did you want to be when you were younger?
During high school and college, I wanted to be a National Geographic photographer. My uncle explained to me how the magazine recruits journalists who are good at both writing and photography—all to save money. It’s cheaper to send a single person to those far-flung locations rather than a two-person team, after all. I love travel, photography, and writing, so it seemed like a good fit. I even studied photojournalism for several years. I carried my SLR cameras around with me. I took candid photos of strangers and wrote stories about them. But by the end of college, I was in love. I no longer wanted to travel alone all over the world. I wanted to settle down with him. Which is what I did instead, and I have no regrets.

What inspired you to write Vanilla?
At the NYC Teen Author Festival in 2014 I heard Rainbow Rowell talk about her novel Landline. She explained that literature is full of how-they-met stories, and how she wanted to write a how-they-stayed-together story. That fact felt very true to me. As someone who has been with his partner a long time, the fact of me being part of a couple sometimes feels as central to my identity as my queerness, my sex, or anything else. And yet, where are the stories that begin with a relationship already in progress? Where are the stories that demonstrate what it’s like to hold on to love at all costs? Stories that animate the kind of conflicts that young couples have, growing together? I wanted to write one. That was the books initial inspirations. Not having met the characters, I thought I could steer them toward longevity. As they revealed themselves to me, though, I realised that sometimes love and the best intentions aren’t enough.

Tell us the best piece of advice you’ve ever been given.
If I were answering literally, I might say something about the “time value of money” and how its best to save as much as possible in your youth. Not having been able to follow that terrific advice myself, though, I would feel like a hypocrite offering it to anyone else. Instead, I’ll return to the topic of time travel. Now is the only time you have, so spend it wisely. Carpe Diem, and all that! History, after all, is an interpretation of what happened. And the future is still an idea, a promise of what could be. But right now? It’s easily the best time to be alive.