Welcome back to our author Q&As! Today we’re welcoming E. L. Norry, author of Voices: Son of the Circus – A Victorian Story, the third instalment in a thrilling new series to reflect the authentic, unsung stories of our past.

Why did you decide to get involved in the Voices series?
My agent told me about Tony Bradman’s project and it was clear that his series was a vital and important one. I’ve struggled to explain to my own two young children that black people have inhabited UK shores for thousands of years, and that although their faces and stories may not always have been prioritised in our history books, they are an important part of British history.
I was thrilled to become involved; it would have been fantastic to have access to such a series when I was younger. I’d have found it inspiring and I am positive it would have made me feel less isolated, too.

The Son of the Circus explores the life of Ted, son of Pablo Fanque the first black circus owner in Victorian Britain. Have you always been interested in the circus? 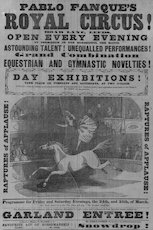 Oh, yes. Well, fairgrounds and circus performers mainly and the travelling lifestyle appeals to me. Moving around, from place to place, is a lifestyle I easily empathise with. As a child I moved around a lot because I grew up in care which meant different children’s homes and foster homes.
Back in the days when bears, elephants and tigers were used isn’t humane and thankfully doesn’t exist much anymore. Companies such as_Circus 1903_ that exist now are amazing. They recreate circuses from Victorian times, but use models and puppets instead of animals – I urge everyone to try and see a performance from them! Attending a Circus 1903 performance was one of my research highlights!

How did you research the real-life events that inspired this story?
My original idea was to write about Pablo Fanque himself as a young boy, with a story set in the workhouse, but it became clear that covering the Victorian period, the dates of his birth wouldn’t quite work. 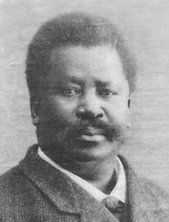 So, I delved into more research. I read the only published book about him: Pablo Fanque and the Victorian Circus by Garth H. H Davies, hoping that further knowledge about the man and his life might spark other ideas, and when I discovered the children he’d had over the years (four of them) — it certainly did.
The most useful research came from reading factual biographies from the 1880s, because the language seeped into me and I almost heard my characters speaking to me. Circus Life and Circus Celebrities, by Thomas Frost, Seventy Years a Showman by Lord George Sanger, and Recollections of an Equestrian Manager by Charles W. Montague were all hugely helpful.

What was the most interesting thing you learning during your research? 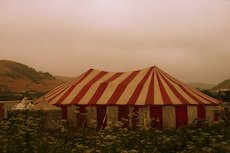 The most interesting aspects concerned the way actual travelling circuses operated and how physically exhausting the work was. We’re now aware of the big US circuses with the popularity of The Greatest Showman etc… but reading about the smaller circuses who were often in competition with each other and provided entertainment for some tiny towns was fascinating…

If you could meet one person from history whom would it be and why?
I’m Jewish and aged around eleven or twelve I read The Diary of Anne Frank which blew my mind. I felt like I’d met a friend. After reading it, I started writing a diary immediately and then kept one through most of my teens. So, possibly Anne Frank.
At school history was a favourite subject. There were many people I became quite obsessed by! I won my first short story writing competition aged fifteen, by writing a story as if I was Helen Keller. And a monologue from the point of view of Rosa Parks. I love imagining myself in other people’s shoes.

What are your top tips for aspiring authors?
Read lots – anything and everything! Try and work out if you most like to laugh, or be scared, or to inhabit a different time, place or world when you read or watch a TV show or film. Does magic interest you, or what’s happening in the world today?
Wander round your local library and see what books catch your eye. Develop your curiosity by asking ‘What If?’ all the time. If you decide you’d like to write a poem or story, or comic then try not to worry too much about it being ‘perfect’ because any writer will happily tell you that there isn’t any such thing! Once you have something on paper, it is easier to change and improve things.
Have fun and remember that you’re in charge of what happens – there are no limits! Reading lots really helps with writing because you get to discover how stories work.

Finally what were your favourite books growing up?
Growing up I was always a huge reader. But I never ever read any books where I could see myself: mixed-race, Jewish, foster child, no father in the pages!
The closest I could find was Anne of Green Gables, so that was a favourite for a long time and I’ll always have a soft spot for Anne (and Emily of New Moon which, as a series, I liked even better!). I enjoyed books which reflected a ‘simpler’, kinder time because my everyday life wasn’t too kind. Books like: Little Women, Pollyanna, What Katy Did, Swallows and Amazons. As a teenager from about thirteen to fifteen I enjoyed Stephen King’s creepy short stories. 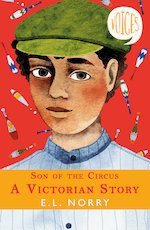 Born of West Indian and Jewish descent, Emma Norry grew up in South Wales. With a background in publishing, screenwriting and brand management, Emma has published a number of short stories. Son of the Circus is Emma’s first book for Scholastic

For more insights into Emma’s world, head over to her Twitter,