Welcome back to our author Q&As! Today we’re welcoming Bali Rai, author Voices: Now or Never – A Dunkirk Story, the first in a thrilling new series to reflect the authentic, unsung stories of our past.

Bali Rai has written over forty young adult, teen and children’s books, and won multiple awards. His culturally diverse writing often pushes boundaries and tackles a variety of issues. Extremely popular in schools across the world, he is passionate about the promotion of literacy and reading for pleasure. 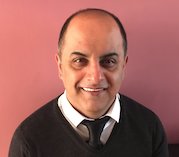 Why did you decide to get involved in the Voices series?
I’ve always had an interest in history. As a child, it was one of my favourite subjects. As an adult, I became aware that there were many untold stories about British history and I wanted to tell some of them. Taking part in the Voices series has allowed me to do that with Dunkirk, which is extremely pleasing!

How did you research the real life events that inspired this story?
Most of the research was conducted online. From very rare contemporary news reports to videos and images, and by reading many first-hand accounts of the Dunkirk retreat from the people who were actually there. I was also fortunate enough to get some help from the series editor, Tony Bradman, and later from the children of Captain John Ashdown too. I absolutely love researching historical stories, so the process was lots of fun.

What was the most interesting thing you learned during your research?
The most interesting fact was about the sheer number of Indians present at Dunkirk. I had never been taught about this, and many people claimed that those Indian service troops were not present during the evacuation. To learn that they were there, and then to discover so much about their lives and where they ended up, was like finding nuggets of gold.

Have you visited any of the places mentioned in the book and if so how did it feel being there?
I’ve been to Dunkirk once, as a teenager, and remember being awestruck that so many people could have been evacuated so quickly from such a relatively small area. And all whilst facing a barrage from the enemy. Sadly, I didn’t have time to revisit before writing Now or Never, but that wasn’t a major issue. Sometimes, once the research is done, I think it’s best to let your imagination create the landscape. You’re less restricted that way and can really explore the characters and the story, without worrying about street names, or whether there was a café or bakery on the street in question. None of that really matters. It’s the characters and their journey that matter most.

What was the hardest thing about writing this novel?
The hardest part was getting the character of Captain John Ashdown right. I knew that his children and grandchildren were still around and wanted to make sure that my portrayal of this unsung hero from British history was done properly, and as accurately as I could manage. And, of course, the protagonist’s voice. I wanted Faz to be believable and for his emotions to jump off the page, so that readers could empathise with him.

If you could meet one person from history whom would it be and why?
I could never pick just one person – I’m too greedy and love history too much! My heroes, as a child, were Nelson Mandela and Bob Marley, so either would do for obvious reasons. I’d also add Tutankhamun because I loved Ancient Egypt as a child and he seemed the most mysterious of pharaohs. I’d ask him what happened to him, and how it felt to be child ruler of such a vast civilisation. I could go on and on, if I had enough space!

What are your top tips for aspiring authors?
To read as much as you can – there’s no such thing as too much reading – and to practice every day, if possible. The best writers constantly feed their imaginations and craft their skills. The more you do this, the better you will get. You should also write what you want, and never be afraid to copy the styles of your own favourite authors. Most won’t mind and that’s how I learned to write stories. Eventually, you will develop your own style.

What is your favourite book?
I have way too many favourites to pick just one. From my childhood, the ones that have stayed with me are James and The Giant Peach, Sue Townsend’s Secret Diary of Adrian Mole (Sue was my biggest writing hero), The Lion, The Witch and The Wardrobe by CS Lewis, and Douglas Adams’ Hitchhikers Guide to the Galaxy. There are loads more, too! I have read every day since I was six years old, and that will never change. Books are as precious as food. In fact, I’m recovering from flu and haven’t been eating much recently, but I’m still reading! 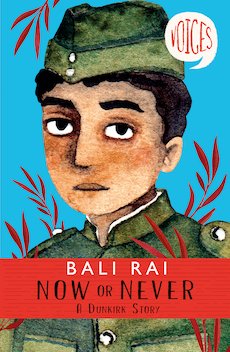 For more fabulous insights into Bali’s world, head over to his Twitter or make your way over to his website.