Welcome back to our author Q&As! This month we’re welcoming Kimberlie Hamilton, author of the fur-raisingly fascinating Rebel Cats.

Kimberlie is a non-fiction writer and animal welfare activist. She is an authority on cats and works with FixNation, a charity In LA that provides free surgeries for homeless felines. A longtime California resident, Kimberlie recently relocated to Scotland, where she lives with four cats, documenting her fish-out-of water adventures for her upcoming memoir. 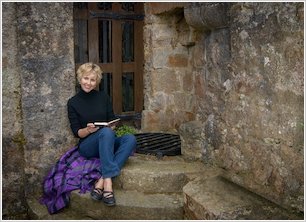 Why did you decide to write a book all about real-life cats? What inspired you?
It all started when I first stumbled across the story of Félicette, the French street cat that was launched into space back in the 1960s. I’d never heard about her and wondered how many other unsung feline heroes were out there. Turns out, there were a LOT! I wanted to give them the recognition that they so deserved.

Do you have a favourite cat story to share with us?
Believe it or not, I never had a cat until about five years ago. I was living by myself in a big house and it seemed too quiet and lonely, so a friend suggested that I get a cat.
By the end of the day I had adopted TWO rescues and purchased an absurd amount of cat stuff – beds and toys and food, even a ‘Cats for Dummies’ book. (That’s how clueless I was.) Later, I fostered an injured kitten and ended up keeping her…I also looked after a family of ‘community cats’ that lived in my back garden in California. I lived in a cottage with a long drive known as Black Cat Lane. Cats were everywhere! It was marvellous.
When I moved to Scotland last year, I didn’t hesitate to take my three pet cats with me – Scout, Sammy Jo and Elsa. They now have a Scottish brother named Whiskers, so I currently have four cats. Someday I would love to have my own cat sanctuary so homeless kitties can have a safe, loving, forever home.

What is the best book you’ve ever read and why?
Charlotte’s Web was a book that changed my life…it inspired me to become a vegetarian and a passionate advocate for animal welfare. I serve on the board of directors for FixNation, a non-profit in Los Angeles that helps homeless cats, and I support a number of UK charities (including Willows Animal Sanctuary, Cats Protection, the SSPCA and the PDSA).

What did you want to be when you were younger?
I think I considered just about every profession, to be honest! An actress. A professional equestrian. A physician. A veterinarian. A screenwriter. A children’s book author. But the dream that was most consistent was writing books for children. So happily, that dream has come true!

What are your top tips for aspiring authors?
Read. Read. Read. I always had a stack of library books on my bedside table when I was a kid…and I still do!

What is the best piece of advice you’ve ever been given?
My first real job after university was as an advertising copywriter, and everyone in the agency worked super long hours. Too many hours. But my boss encouraged me to get out of the office and read and travel and see movies and try new things…to experience life to the fullest. He said that the creative spirit is like a battery that needs to be recharged now and then. Life experiences are what sparks and feeds creativity. 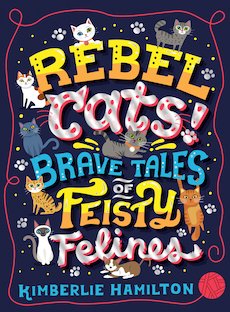 For more fabulous insights into Kimberlie’s world, head over to her Twitter .